Lindy Thackston’s symptoms set in around Jan. 2020, with severe stomach cramps, lower back pressure and later, blood in her stool. As an early morning news anchor and mother of a toddler, the fatigue was less noticeable.

Thackston was just shy of 40 and overall healthy. CT scans showed signs of inflammation and doctors suspected colitis or a disease-causing inflammation in the digestive tract. A family doctor urged a colonoscopy just to be sure, but scheduled appointments were postponed three times due to the pandemic.

Thackston finally had a colonoscopy in early May 2020.

“I remember being wheeled into the room and then all of the sudden I woke up and I heard my surgeon say the word ‘biopsy,’ and then someone covered my ears and said ‘she’s awake,’ so I knew right then something was up,” Thackston told Fox News.

“As they’re wheeling me out, I hear a nurse say the word ‘tumor’ to [my husband] and I turned to [the nurse] and said ‘So I have a tumor?’ and she said ‘Yes.’ And I said ‘So, I have cancer?’ It was just a shock like I can’t even describe.” 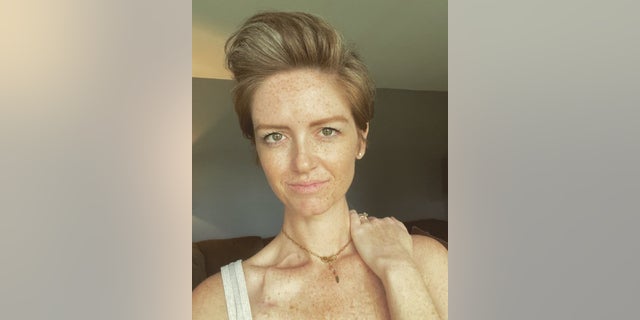 Thackston is pictured last month after a haircut. She lost most of her hair over the summer due to malnutrition, not chemotherapy, she said.
(Photo courtesy of Lindy Thackston)

Thackston said she has no family history of colorectal cancer, no risk factors and nothing odd came back in genetic testing. It was around Mother’s Day in 2020 as Thackston anxiously awaited to hear a prognosis and the stage of cancer. Her son, Lachlan, was just 4 at the time.

“When you hear you have cancer, I think it’s just natural to wonder if you’re going to die from it,” she said, reflecting on her motherhood. “It was just really hard to look at him.” 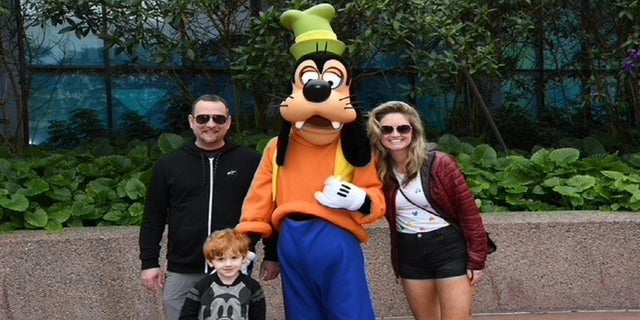 Thackston and her family during a vacation last February before the diagnosis, seen with husband, Christian Hogue and son Lachlan.
(Photo courtesy of Lindy Thackston)

About a week later, she was met with a stage 3 colorectal cancer diagnosis. Cancer became a “full-time job,” she said, with day-long scans, bloodwork and phone calls to pharmacies, nurses, doctors and insurance. 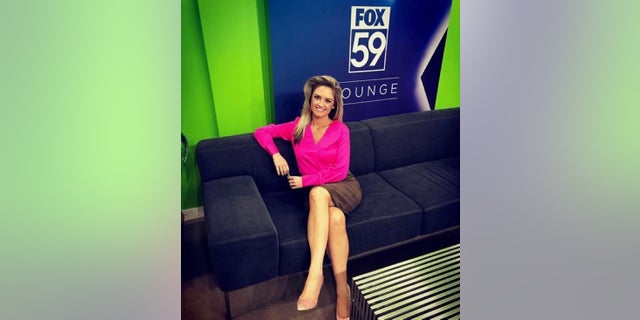 Thackston works as an early morning news anchor at Fox 59. Here she’s pictured prior to her cancer journey.
(Photo courtesy of Lindy Thackston)

She was in and out of the hospital all summer with bowel blockages, dropping to about 95 pounds and losing two-thirds of her hair. Thackston needed to regain strength and weight in preparation for the surgical removal of her tumor; she endured IV nutrition at home for 18 hours each day. She underwent surgery on August 24 to remove the tumor; about 8 inches of her colon and 41 lymph nodes. The cancer was detected in one lymph node, cascading to a so-called “clean-up chemo,” she explained. 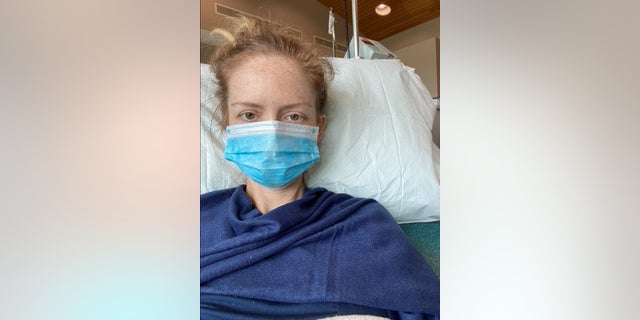 Thackston is pictured during a hospital stay. Despite her age, lack of risk factors and no family history of colorectal cancer, she battled a stage 3 diagnosis.

Shortly after the tumor was removed, however, Thackston underwent surgery again due to an internal bleed, necessitating a catheter and IV bag attached to her chest port for 17 days.

The treatment plan involved 12 rounds of IV chemotherapy, but after 10 rounds, worsening side effects like severe nausea, fatigue and gastrointestinal issues and cold sensitivity prompted the oncologist and patient to agree to stop treatment. In mid-April, Thackston was able to ring the bell on the oncology ward, celebrating the end of her cancer battle.

SHOULD YOU WEAR SUNSCREEN WHEN YOU’RE WORKING FROM HOME?

“It felt surreal to ring the bell because it’s something I’ve visualized the entire time,” she said. “I also felt a lot of survivor’s guilt ringing it and looking at everyone still sitting there. It’s hard with the friends I’ve made in chemo knowing that they are still there, and knowing a lot of people are in chemo for life. So I felt thankful ringing it and I also felt guilty ringing it.”

Now well on her path to recovery, Thackston is preparing to return to work later this month, gearing up to host an hour on FOX 59’s early morning news show and also serve as an announcer for the Indy 500 for the Indianapolis Motor Speedway. 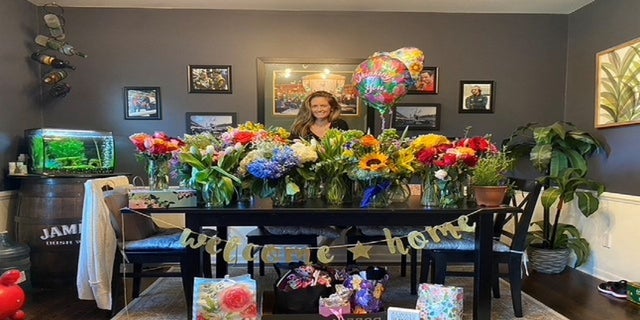 After a nearly month-long hospital stay in June, Thackston was welcomed home to flowers and gifts from colleagues at FOX 59 and the Indianapolis Motor Speedway and viewers.

US CERVICAL CANCERS FALL BUT OTHER SEX-RELATED CANCERS RISE

She’s undergoing acupuncture, cut meat and dairy from her diet to keep inflammation low, and is also doing therapy.

“This is not only physically terrible but a mental challenge you can’t even put into words,” she said.

Thackston now hosts a podcast, “Life with Lindy,” where she fields questions about her cancer journey and advocates her listeners to seek medical attention.

“Don’t be embarrassed by your symptoms,” she stresses. “Go get checked…If your doctor won’t get a colonoscopy for you, find a doctor who will.”

The medical community has worried that delayed cancer screenings amid the pandemic could result in more patients presenting with advanced forms of the disease in the future. Data drawing on 2.7 million patient records across 23 states indicated an 86-94% plummet in weekly preventative cancer screenings conducted last spring compared to pre-pandemic figures, according to an analysis by EPIC Health Research Network. By June, the number of screenings for breast, colon and cervical cancer improved but remained approximately one-third lower compared to 2017-2019.

Thackston’s story comes as guidelines released this week called for Americans to start getting screened for colon cancer earlier — at age 45 instead of waiting until they’re 50. The U.S. Preventive Services Task Force said it’s time for the change because colorectal cancer increasingly is appearing in younger adults.

Colorectal cancer is one of the nation’s leading cancer killers, claiming about 50,000 lives a year. Overall, cases and deaths have inched down in recent years, thanks in part to screening tests that can spot tumors early — or even prevent them by removing precancerous growths.

GET THE FOX NEWS APP

The American Cancer Society previously told Fox News that providers must not only address the backlog of missed screenings but also prioritize patients vying for appointments, such as those at higher risk for disease who need prompt or more frequent screenings.

“I will admit I was irritated,” Thackston said, reflecting back on her postponed appointments. “I do remember the office finally called me to schedule the appointment and I told them ‘I have cancer,’ and the receptionist apologized over and over again.”

“They don’t know how long I’ve had [cancer], but I am thankful I got the colonoscopy when I did, who knows when I would’ve been in stage 4 because it had already spread to lymph nodes.”

The Associated Press contributed to this report.