“I feel like keeping my medical hat on has helped me in a lot of ways,” she explained over a recent Zoom call.

Bose is so well-versed in medicine because she’s just 14 weeks shy of qualifying as a doctor in the UK.

But for the last four months, it’s not just cancer that’s stood between her and a medical degree, it’s Covid-19.

Ongoing chemotherapy has so severely weakened her immune system that she’s considered “clinically extremely vulnerable” — even a mild bout of coronavirus could be deadly.

Bose has been asked to shield, meaning she has to stay home as much as possible, going out only for exercise or health appointments — not to work in a hospital, which is what’s required to complete her medical training. 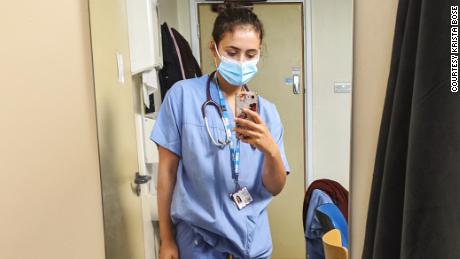 And she’s not the only one. A survey published last month by the British Medical Association (BMA) found that among more than 7,000 doctors surveyed in England, Wales and Northern Ireland, more than 3% said they were clinically extremely vulnerable and shielding at home. A further 6.5% were living with someone who is clinically extremely vulnerable.

There are about 200,000 doctors across the UK, according to the BMA. This means thousands may be unable to work on the front line during a national health crisis.

Pre-pandemic, there was already a need for around 15,000 additional doctors nationwide, according to the Royal College of General Practitioners.

Many shielding doctors have been re-assigned to video consultations or administrative work and Britain’s National Health Service (NHS) is using tens of thousands of retired health workers to fill the gaps and help deliver vaccines.

“The NHS welcomes every additional pair of safe clinical hands we can get right now,” said Professor Helen Stokes-Lampard, chair of the Academy of Medical Royal Colleges. “We, like almost every other health care system, have been under enormous pressure and our staff are tired and many are burnt out.”

Bose, a Canadian who has lived in the UK for the last five years, is a former teacher who decided to pursue medicine after a near-deadly allergic reaction left her amazed and inspired by the doctors who had treated her.

“I really admired that ability to retain a sense of calm and purpose in really dangerous life-threatening situations,” she said.

After enrolling in medical school at St. George’s, University of London, in 2016, doctors at a hospital in the Czech Republic spotted signs of osteosarcoma (a form of bone cancer) while she was completing a surgical internship, two years into her training.

Her first seven-month fight with the disease — involving two surgeries, chronic pain and more than a year in a wheelchair or on crutches — delayed but didn’t derail her goal. 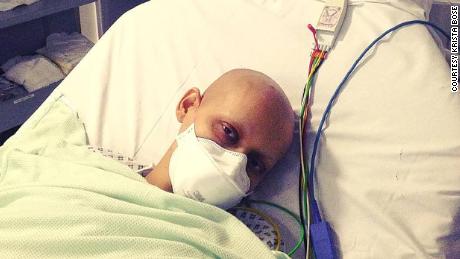 When the pandemic struck last year, she watched some of her final-year colleagues fast-track their training in order to join the effort as British hospitals filled up with Covid-19 patients.

“During the first wave of the pandemic, I felt very, very guilty, that I couldn’t help,” Bose said. 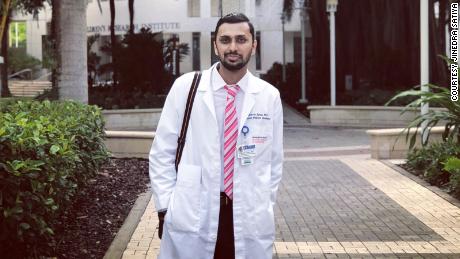 At the time though, she thought it wouldn’t be long before she would be trained and ready to chip in. But, in October, she went back into the hospital with chest pain — “thinking, ‘Oh, I must have Covid,'” she recalled.

Instead, she discovered that her cancer had returned, this time having spread to the lining of her lungs in the form of hundreds of tiny tumors, with most so small they are impossible to see on scans — or to remove.

“If you can’t remove it by surgery, you run out of options fairly quickly, which is quite a scary thing,” she said.

Osteosarcoma is the same type of cancer suffered by Terry Fox, whose “Marathon of Hope” across Canada on a prosthetic limb in 1980 made him a national hero. His cross-country journey ended mid-way when doctors found the cancer had returned and spread to his lungs.

Fox died 10 months later. His foundation has since raised more than $700 million ($549 million USD) for cancer research in his name. 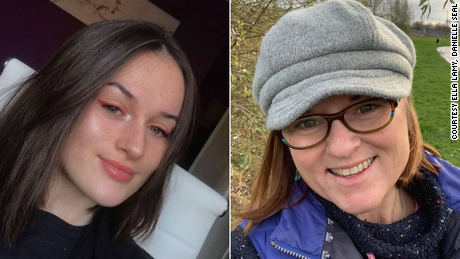 While Fox himself is among the most famous Canadians in history, the cancer he had is one of the rarest and least well-known.

For Bose, it’s incurable. She will have cancer, and regular treatment for it, as long as she lives. Her doctors don’t know how much time she has left — one year or 50.

“It’s probably not going to be 50 years, let’s be honest. But one can hope,” she said. “If I do have the good fortune to live more than a year, I want to spend it working and living and doing what I love. I don’t want to sit on the couch for two years and watch Netflix.”

There’s an NHS job waiting for her as long as she can finish her training by August — a long shot, she had figured until late January. That’s when she got her first shot of the Pfizer/BioNTech vaccine, giving her at least some protection against the coronavirus.

But training around the chemotherapy treatments that knock her off her feet for weeks out of every month is extremely difficult.

In mid-February, after her initial interview with CNN, Bose’s oncologist called with good news — approval to use a new drug, Cabozantinib, which has shown promising results on patients with her form of cancer in clinical trials.

It’s not a cure, but her doctors are hopeful the drug will keep her cancer at bay for at least the next six months without chemotherapy, giving Bose enough time to finish school.

“When she told me, I started screaming — I was screaming and crying and laughing and smiling,” she said. “It’s just buying me six months, but I can pack a lot into six months.” 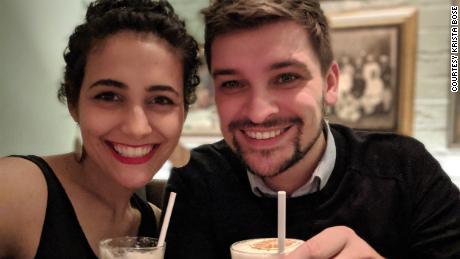 Two weeks ago, having started the new treatment, Bose began her final 16 weeks of training. The first few will be spent in a family doctor’s office in south London, then a hospital. Her oncologist thinks the vaccine gives her some level of protection, but Bose is still taking a potentially life-threatening risk by deciding to work in a hospital during a pandemic.

“My life is never going to be risk-free,” she said. “No matter what I say, or what I want, or what I hope, my life is limited. This might be the last year my life … I’m willing to take that risk.”

Some have suggested that she put her goals aside and spend time doing what she loves. Medicine though, is exactly that.

“Every day, I want to get up, love my job and feel like I’ve gone into work and helped somebody, and learned something and had meaning in my days,” she said.

“[If I’ve] got a limited amount of time left, but I spend that time doing what I love with the people I love and working towards my goals and working for the sake of other people and to help patients, then that’s a life worth living.”