A survey of 977 parents with children ages 13 to 18 analyzed teen mental health conditions like anxiety, depression and aggressive behavior during the pandemic. The national poll, conducted by Ipsos for C.S. Mott Children’s Hospital at the University of Michigan Medical School, looked at how parents were helping teens cope and whether they believed their strategies were successful.

The restrictions to control the spread of Covid-19 have kept teens at home “at the age they were primed to seek independence from their families,” said poll co-director Dr. Gary Freed, who is the Percy and Mary Murphy professor of pediatrics at the University of Michigan.

The pandemic has severely disrupted their lives, Freed said, pointing to the cancellation of school activities and the inability to hang out with friends due to social distancing.

Not surprisingly, many teens are feeling “frustrated, anxious and disconnected” as a result.

Three in four parents surveyed said Covid-19 had negatively impacted their teens’ ability to socialize with their friends nearly every day.

Social media could be to blame for teens’ anxiety and depression, said Stephanie Clarke, psychologist and clinical assistant professor of psychiatry and behavioral sciences at Stanford University School of Medicine, who was not involved in the study.

Teens can get the impression “of people’s lives being perfect” on social media, she said, which is one of their main communication methods during the pandemic. 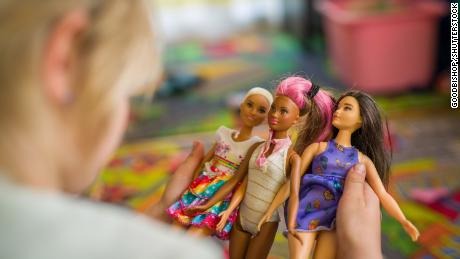 “This creates distress when realistically, they’re all struggling with the ups and downs of adolescence and life,” Clarke said.

Freed stressed that although the parents of teen girls reported higher rates of depression and anxiety, the important takeaway is that both girls and boy are struggling and need support.

How parents can help their teens

The survey is also meant to show that parents are not alone, Freed said.

“We thought it would be something that would be helpful for parents to understand what other parents are going through,” he said.

Parents have turned to multiple coping strategies to help their teens cope. Half of those surveyed have relaxed family rules, with 81% of parents reporting the strategy helped their kids.

Freed said relaxing family rules could include allowing teens to spend more time on social media connecting with friends. Seventy percent of parents who eased off on social media restrictions said it helped their children.

Nearly a quarter of parents said the pandemic has impacted their teens’ sleep schedule. Freed stressed the importance of a regular sleep routine as part of a healthy lifestyle.

It’s important teens’ sleep and awake times “fit with both their online learning schedule and with opportunities to interact with their peers and family,” Freed said. 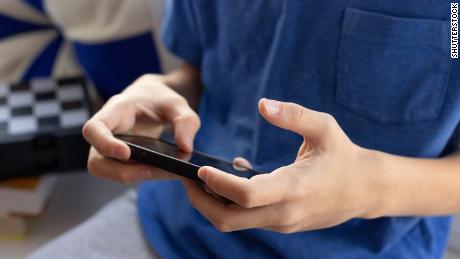 About a quarter of parents said they sought out mental health care providers for their teens, with most saying it was effective.

Keeping the lines of communication open between parents and children during this time is also especially important, Clarke said.

She recommended that parents ask open-ended questions, but don’t force it. For example, parents can ask, “This whole situation has been super stressful, how are you doing with it?”

If a parent is concerned their teen may have thoughts of suicide, they should ask them directly, according to Clarke.

“A lot of people have this erroneous belief that if you ask someone about thoughts of suicide or killing themselves, that it’s going to plant the idea in their head — that’s not the case,” Clarke said.

Freed recommends that if parents hear their teen “express any thoughts of suicide or self-harm” they should immediately seek professional help.