Los Angeles County this weekend surpassed 1 million COVID-19 cases since the start of the pandemic and reported its first case of the more contagious variant that was initially discovered in the United Kingdom last year.

On Saturday, the county recorded more than 14,000 cases and some 253 deaths and 7,597 hospitalizations, statistics from the country’s department of public health show.

The figures push Los Angeles to the top county in the nation in terms of COVID-19 cases, totaling more than the next two counties, Cook and Maricopa, combined.

Though California has been among the strictest states in the nation in implementing restrictions, it has continued to see a surge in cases in the past two weeks, averaging more than 41,000 new coronavirus cases each day 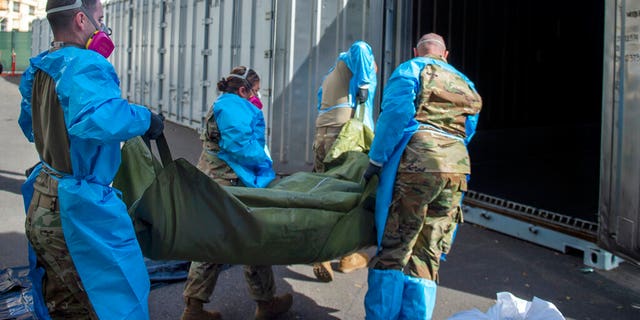 The grim forecast stood in contrast to an upbeat news conference held Friday by Los Angeles Mayor Eric Garcetti and Gov. Gavin Newsom at Dodger Stadium, which is being converted into a vaccination center capable of administering 12,000 doses per day.

CORONAVIRUS HAS INFECTED 1 IN 3 PEOPLE IN LOS ANGELES SINCE START OF PANDEMIC: OFFICIALS

The governor tried to shine a light on encouraging trends: Hospitalizations, intensive care unit admissions and positivity rates — the percentage of people tested who have the virus — have all declined over the past seven days.

Fox News has reached out to Gov. Newsom’s press office with a request for comment but did not hear back by the time of publication.

Meanwhile, the county’s public health department confirmed the first case of the COVID-19 variant, B.1.1.7, in an individual who recently spent time in Los Angeles County.

Though it was the first confirmed case of the variant in the county, public health officials believe it is likely already spreading in the community and are continuing to test samples.

The public health department reiterated basic COVID-19 safety guidelines in preventing the spread of the variant B.1.1.7, which they say spreads more quickly than other variants but doesn’t necessarily cause more severe illness or increased risk of death

Fox News’ Louis Casiano and The Associated Press contributed to this report.