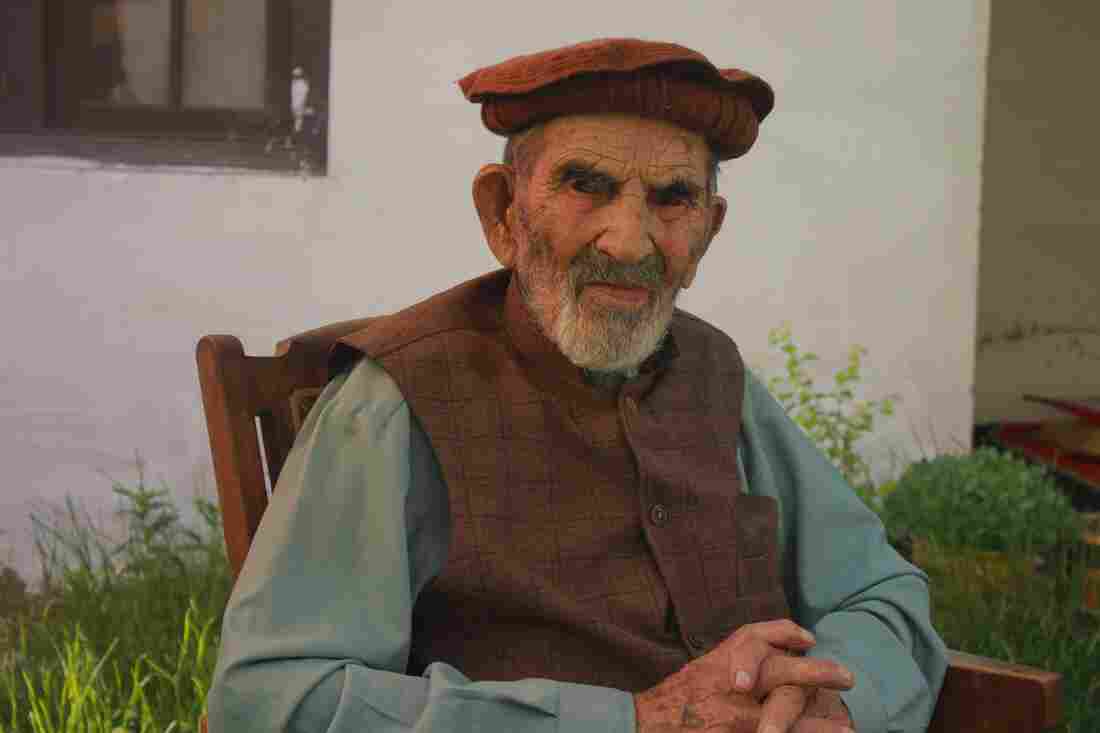 Aziz Abdul Alim, a 103-year-old man from a remote valley in Upper Chitral of northern Pakistan, is both a COVID survivor and a proud supporter of the COVID vaccine. 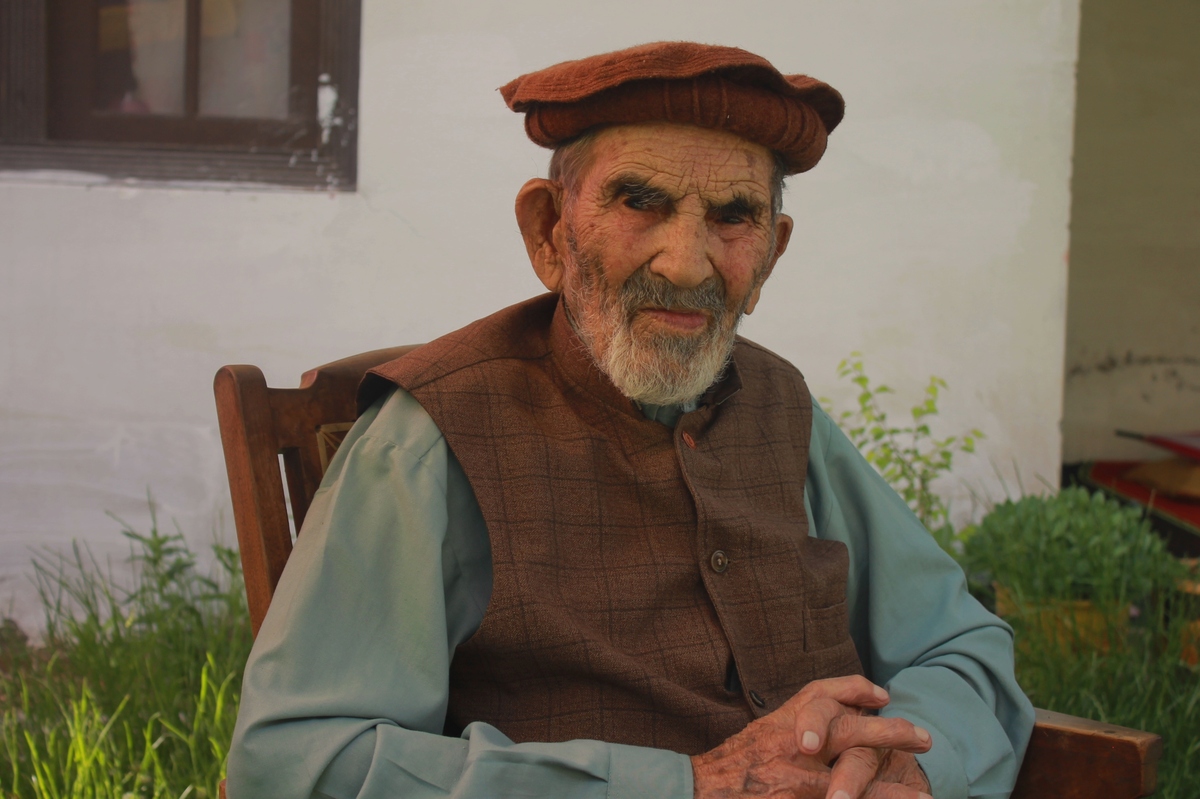 Aziz Abdul Alim, a 103-year-old man from a remote valley in Upper Chitral of northern Pakistan, is both a COVID survivor and a proud supporter of the COVID vaccine.

That’s the message that Aziz Abdul Alim, who is from the remote valley of Upper Chitral of northern Pakistan, wants to tell the world. He received the second dose of the Sinopharm vaccine on April 24. And he’s happy to report he’s had no side effects so far.

“If a 100-above-year-old man like me can feel perfectly fine, everyone should have the courage to take it,” he says. “There is no reason one should not take the vaccine.”

About Goats and Soda

Goats and Soda is NPR’s global health and development blog. We tell stories of life in our changing world, focusing on low- and middle-income countries. And we keep in mind that we’re all neighbors in this global village. Sign up for our weekly newsletter. Learn more about our team and coverage.

Alim’s enthusiasm around the vaccine is a big deal, not just because of his age, but because vaccine hesitancy is a major issue in Pakistan. A recent survey of 1,000 people in the country found that nearly over 50% don’t want to get vaccinated with the COVID-19 vaccine, citing potential side effects.

Alim is also a COVID survivor himself. Last July, he became one of the oldest survivors of coronavirus in the world. After he got sick, he was admitted to the Aga Khan Health Service COVID-19 Emergency Response Center, Booni, for two weeks — and was discharged after testing negative. 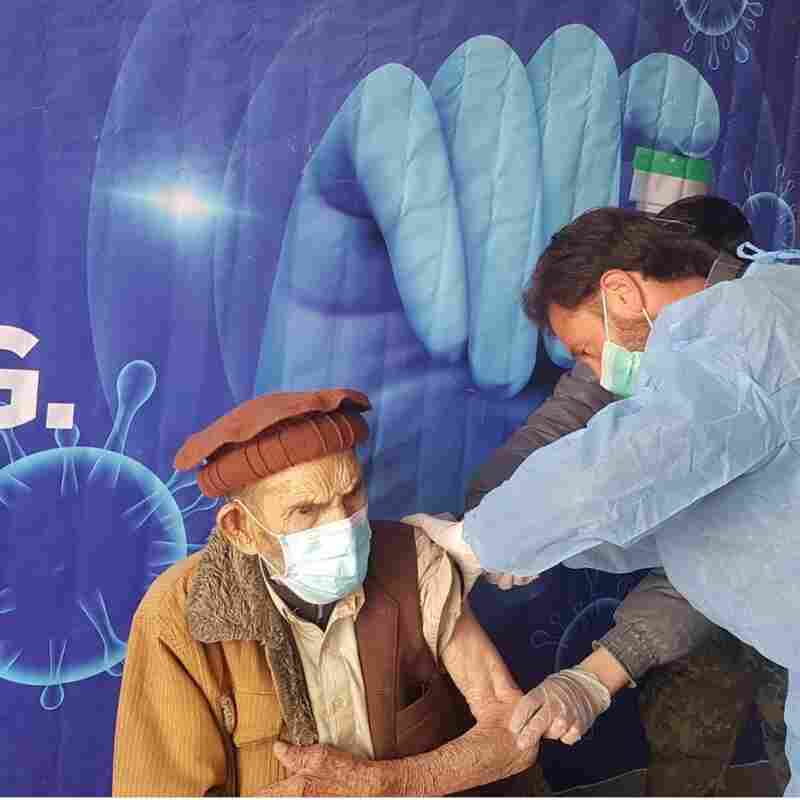 Alim gets his COVID shot.

One of the doctors there, Dr. Zuhoor Shahmir, says Alim remained composed and unruffled by the disease — and was a paragon of strength and courage. “In his recovery and subsequent discharge from our isolation ward, he became a quintessential example for many of the anxious patients that we treated,” says Shahmir.

The news of a potential COVID vaccine filled him with hope.

“When I heard about the vaccine, I was relieved. I wanted to benefit from it as soon as possible,” says Alim. “I was tired of living life in isolation. I wanted to meet people, talk to them.”

Like millions of people around the world, Alim has limited his interactions with other people in order to curb the spread of the coronavirus. But the restrictions, he says, left him feeling “claustrophobic” — even worse than getting COVID itself.

“I was not allowed to meet people. I had no other activities. I survived this deadly disease without much fear, but the time I spent in isolation was very difficult for me,” he says. “The only activity for a man like me in these mountains is to socialize with family and neighbors.”

Moreover, he was feeling stressed about his health, he says. “I kept getting negative thoughts: What if I contract the virus again?”

Alim says he was inspired to get the vaccine after he heard about it from his religious leader. “I am not very educated, so I do not understand much about it, but he told us that he had been vaccinated against COVID-19 and recommended everyone to do the same as soon as the vaccines are offered.”

Now that Alim has been vaccinated, he hopes to fill up his social calendar.

“I feel I am unchained now. I feel alive again. My fear is gone. My whole family is vaccinated. I encourage everyone to take the vaccine,” he says.

Alim is excited that he can now celebrate the Muslim religious festival of Eid ul-Fitr with his community next week.

Benazir Samad is a lead multimedia journalist at Voice of America’s Pakistan desk in Washington, D.C. She tweets @benazirmirsamad.