Previous studies had suggested that being physically fit could mitigate the negative effects of being overweight on heart health, but this is not the case, according to a new study in the European Journal of Preventive Cardiology, a journal of the European Society of Cardiology (ESC), published Thursday.

“One cannot be ‘fat but healthy.’ This was the first nationwide analysis to show that being regularly active is not likely to eliminate the detrimental health effects of excess body fat,” said study author Alejandro Lucia, a professor of exercise physiology at the European University of Madrid.

“Our findings refute the notion that a physically active lifestyle can completely negate the deleterious effects of overweight and obesity.”

Previous research provided some evidence that people who were “fat but fit” could have similar cardiovascular health to those who were “thin but unfit,” but Lucia said this has had unintended consequences.

“This has led to controversial proposals for health policies to prioritise physical activity and fitness above weight loss,” he said. “Our study sought to clarify the links between activity, body weight, and heart health.”

Researchers used data from 527,662 working adults from Spain insured by an occupational risk prevention company, with an average age of 42.

Then researchers looked at their cardiovascular health by categorizing them for diabetes, high cholesterol and high blood pressure, all of which are major risk factors for stroke and heart attack.

After investigating the associations between BMI, activity level and risk factors, researchers concluded that any level of activity meant it was less likely that an individual would have any of the three risk factors compared with no exercise, with the risk of high blood pressure and diabetes decreasing with increased activity levels. 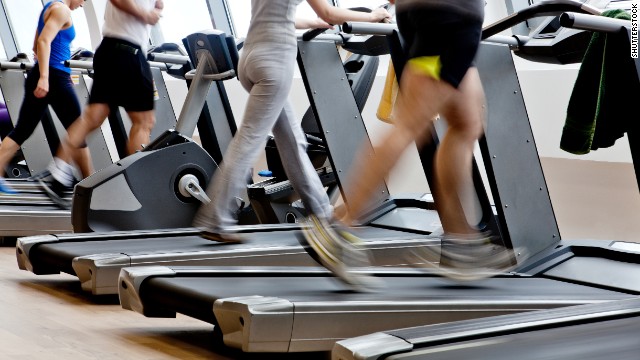 “This tells us that everyone, irrespective of their body weight, should be physically active to safeguard their health,” Lucia said.

However, the study showed greater cardiovascular risk for overweight and obese participants compared with those of a normal weight, regardless of how much exercise they did.

“Exercise does not seem to compensate for the negative effects of excess weight,” Lucia said. “This finding was also observed overall in both men and women when they were analysed separately.”

Lucia underlined that it is “equally important” to fight obesity and inactivity.

“Weight loss should remain a primary target for health policies together with promoting active lifestyles,” he said.

‘We don’t know what came first’

Questions remain, however, around the circumstances of those involved in the study.

“This is a cross sectional study — all we can talk about is associations, we cannot talk about causality,” Michael Pencina, vice dean for data science and information technology at Duke University School of Medicine, told CNN. 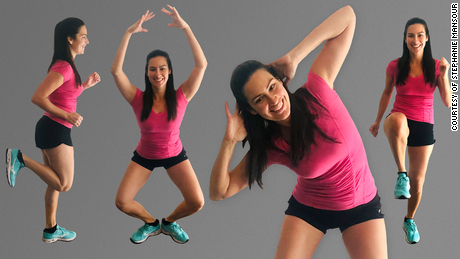 “Because it’s a cross sectional study, we don’t know what came first — what this study is not telling us is, did the person who is obese and active, did they become active when they realized they were obese, and their risk factors were high? Or were they active, and despite that, they became obese and their risk factors went up?” Pencina, who was not involved with the study, added.

“What we see is that the risk factor burden increases by weight category. Obese people have the highest burden of associated risk factors. That remains true according to the activity level,” he added.

The study adds to an extensive body of research on the topic.

Scientists at the University of Oxford released results of a large study on January 12. Physical exercise may be even more important for the prevention of cardiovascular disease than previously known — and the more activity the better, the report revealed.
And researchers at the Cleveland Clinic published a study in January 2019 showing a sedentary lifestyle is worse for your health than smoking, diabetes or heart disease.

“While the controversy about the precise contribution of weight versus exercise to cardiovascular health will likely continue, to optimize health and minimize the risk of cardiovascular disease, patients should pay attention to both: maintaining a healthy weight and being physically active,” said Dr. Anthony Rosenzweig, chief of the cardiology division at Massachusetts General Hospital in Boston and a professor of medicine at Harvard Medical School.