Dr Anthony Fauci has warned that there is still a ‘very high risk’ of getting infected with a new variant of COVID-19 even if you have been previously infected, as he urged all Americans to get vaccinated as soon as possible.

Fauci, who has been appointed as Joe Biden‘s chief medical advisor, told a White House press briefing that getting vaccinated was more important than ever given the emergence of new strains, in particular those from South Africa, England and Brazil.

On Friday the first major analysis of the South African strain found that being infected previously did not prevent re-infection with the new variant.

Fauci explained that the worrying news meant more people needed to be vaccinated, to reduce the amount of people in whom the virus can replicate. 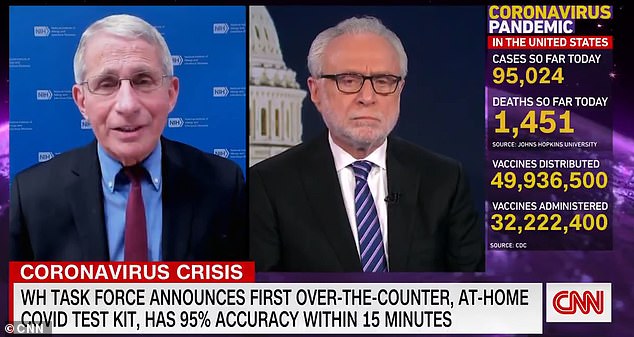 Dr. Anthony Fauci says that the Biden administration is aware of issues with vaccine distribution and accessibility and says, “we will try to make them straightened out.” 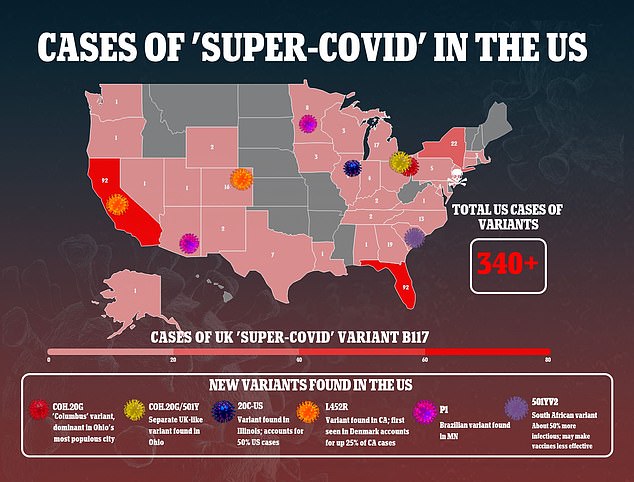 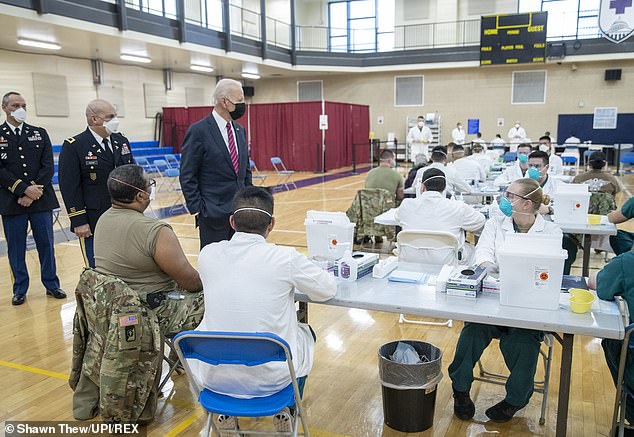 ‘You need to get vaccinated when it becomes available as quickly and as expeditiously as possible throughout the country,’ he said.

‘And the reason for that is viruses cannot mutate if they don’t replicate.

‘And if you stop their replication by vaccinating widely and not giving the virus an open playing field to continue to respond to the pressures that you put on it, you will not get mutations.’

As of Sunday, 471 cases of variants first identified in the United Kingdom, South Africa and Brazil had been located in the United States, 467 of which were the variant found in Britain.

Fauci later told CNN that there was a ‘very high rate’ of being re-infected with the new variants, if they become dominant.

‘If it becomes dominant, the experience of our colleagues in South Africa indicate that even if you’ve been infected with the original virus that there is a very high rate of reinfection to the point where previous infection does not seem to protect you against reinfection,’ he said. 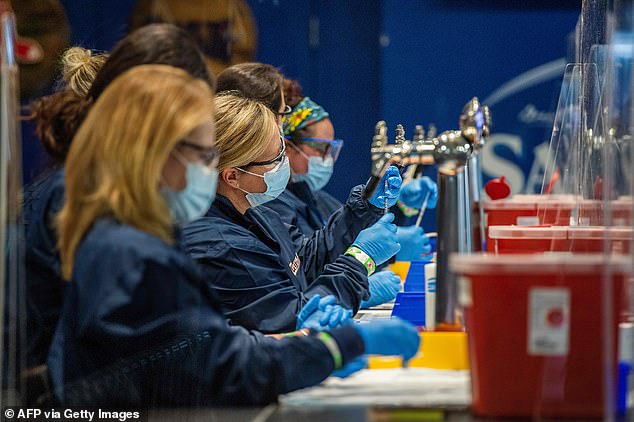 Experts are warning that it is a race against the clock to get people vaccinated. Pictured are a team preparing syringes of vaccine at Fenway Park in Boston, Massachusetts on Friday

Variants may make the vaccine less effective, Fauci said, but that did not mean vaccinations were a waste of time.

‘Even though there is a diminished protection against the variants, there’s enough protection to prevent you from getting serious disease, including hospitalization and deaths,’ Fauci said. ‘So, vaccination is critical.’

January was the deadliest month of the entire pandemic in the United States, with more than 95,300 deaths – an average of more than 3,070 deaths a day.

However, the U.S. does seem to be on a slightly more positive trajectory now.

Compared to last week, the number of people currently hospitalized with COVID-19 is down by 10 per cent or more in 38 states, according to The COVID Tracking Project.

There were 1,562 deaths reported on Monday. 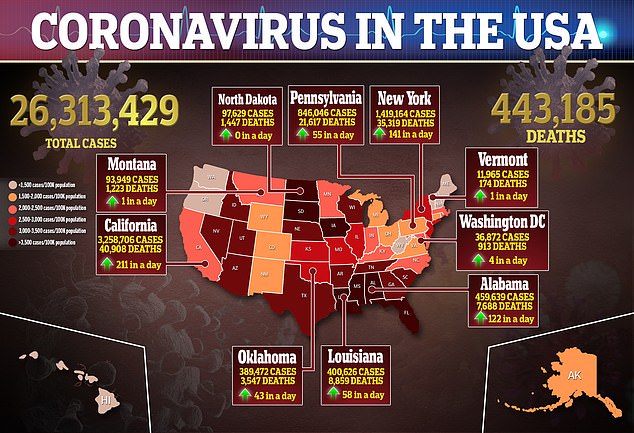 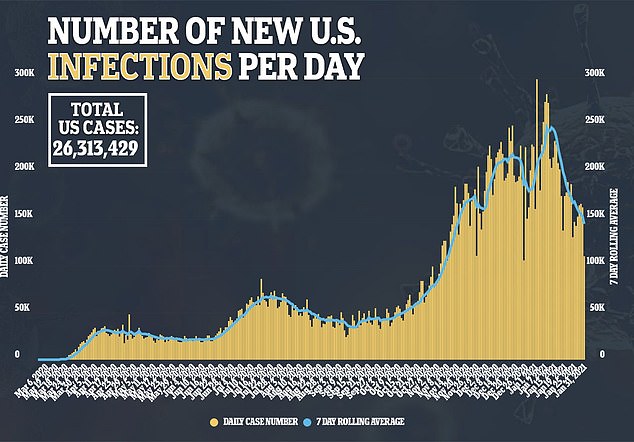 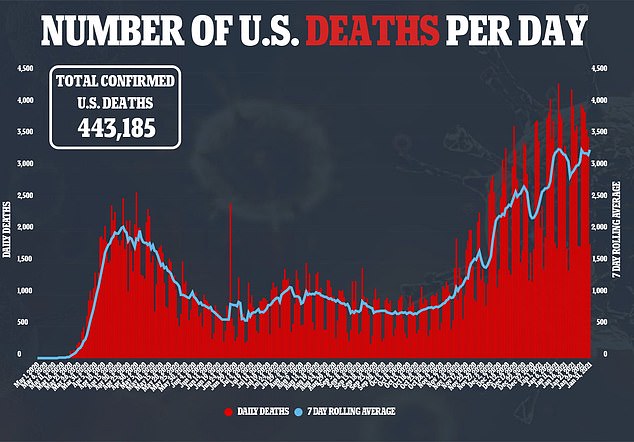 A new order by the CDC requiring people to wear masks while riding any kind of public transportation went into effect shortly before midnight on Monday.

People can take their masks off briefly to eat, drink or take medication; verify their identity to law enforcement or transportation officials; communicate with hearing impaired people; don an oxygen mask on an aircraft; or during a medical emergency, the CDC said.

Children younger than two or people with a disability who cannot wear a mask are exempt.

An estimated 26 million people have received at least one dose of their two-dose vaccines, according to the CDC, and around six million have been fully vaccinated with both doses.

The U.S. is lagging behind other countries in terms of vaccinating people – in particular Israel, the UAE, and Britain.