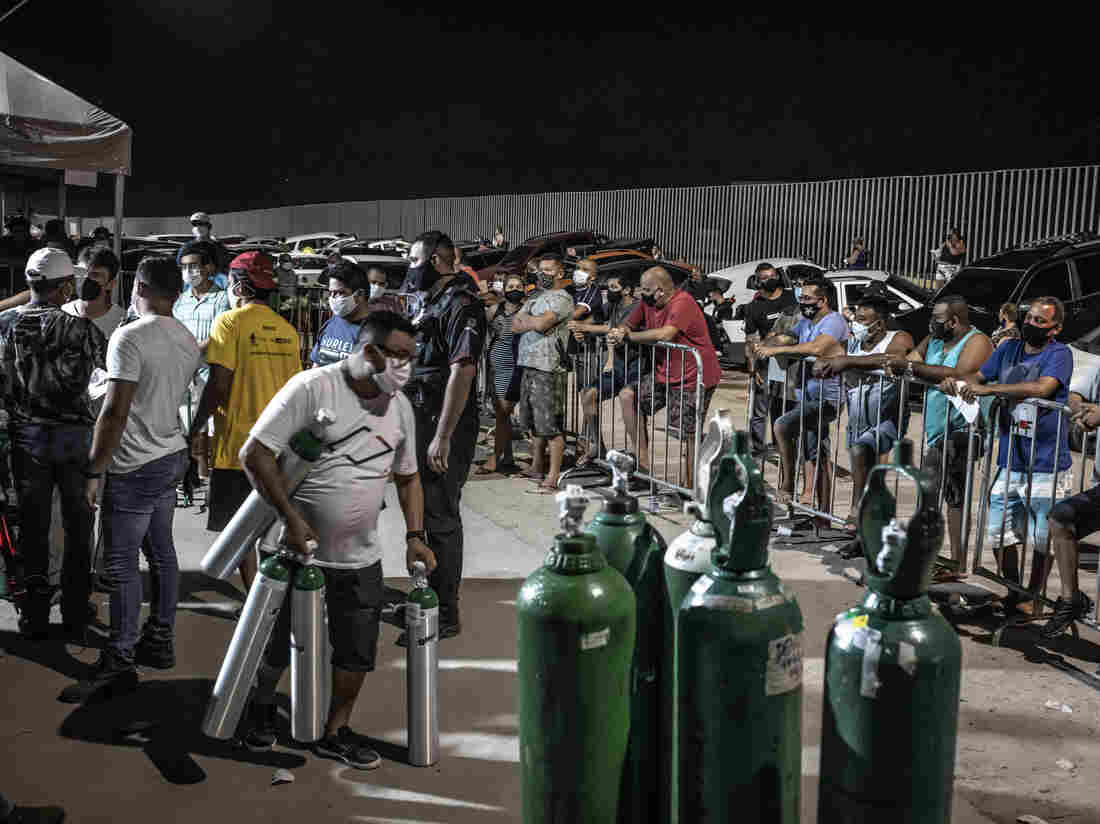 Workers check oxygen tanks at a hospital in Manaus, Brazil. Severe oxygen shortages as a second coronavirus wave is surging have prompted local authorities to airlift patients to other parts of Brazil. 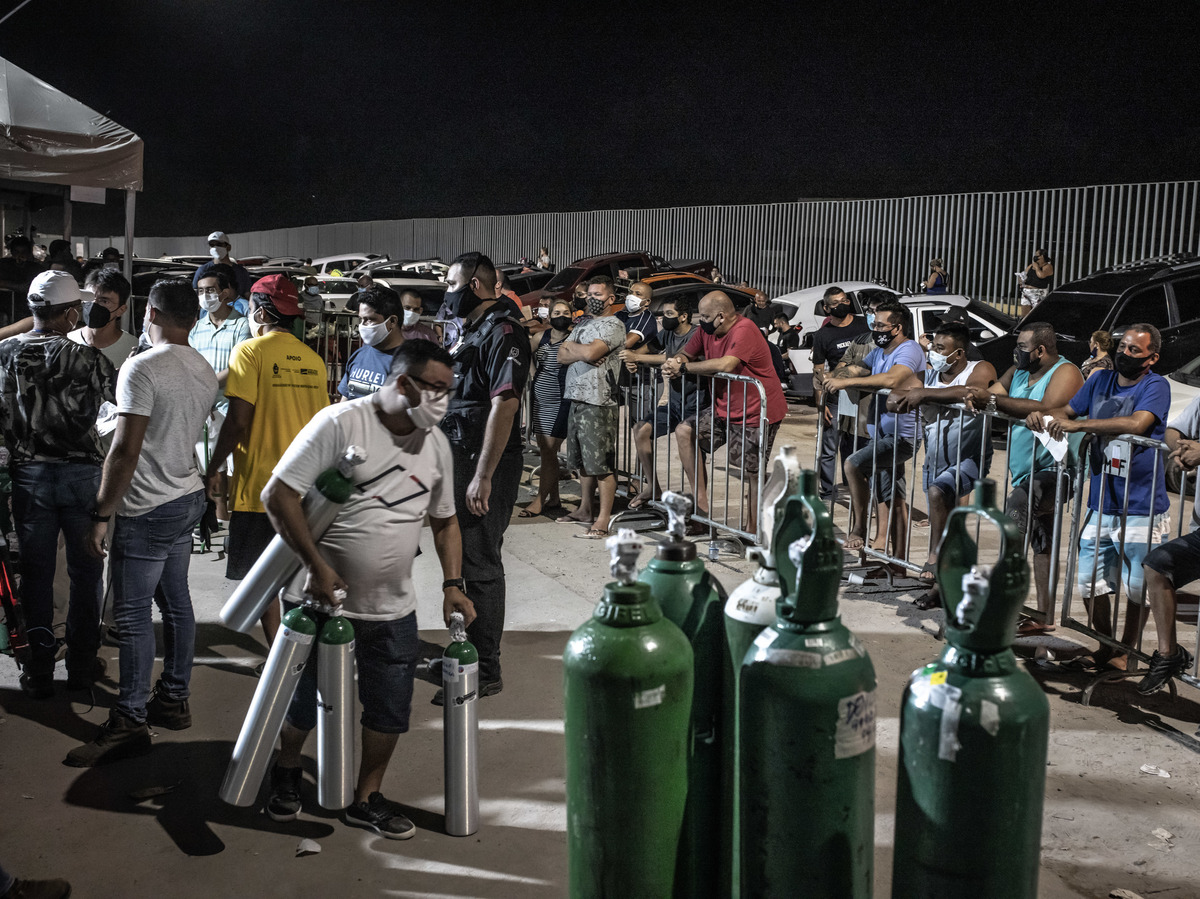 Workers check oxygen tanks at a hospital in Manaus, Brazil. Severe oxygen shortages as a second coronavirus wave is surging have prompted local authorities to airlift patients to other parts of Brazil.

Back in April, COVID-19 hit the city of Manaus, Brazil, extremely hard. In fact, the outbreak there was arguably the worst anywhere in the world. One study, published in the journal Science, estimated that so many people were infected that the city could have reached herd immunity — that the outbreak there slowed down because up to 76% of the population had protection against the virus.

Now the city of Manaus is seeing another massive surge in cases. This time around, the outbreak appears even larger than the first one, says Marcus Vinicius Lacerda, an infectious disease doctor at the Fundação de Medicina Tropical Doutor Heitor Vieira Dourado in Manaus. “You have much more people becoming infected and that includes people inside their [newly diagnosed patients’] households,” he says.

The surge is so large that hospitals have run out of oxygen, and patients on ventilators, who need extra oxygen to breathe, have literally suffocated in hospital beds. “I’m really afraid. I’m seeing lots of people dying, people that should have had better support in the hospitals,” Lacerda says.

In many ways, this resurgence in Manaus doesn’t seem to make sense because such a large proportion of the population was infected just last spring. In theory, these earlier patients should now be immune to the coronavirus. So why is the city seeing such a huge surge?

The answer could lie in a newly discovered variant.

Last week, scientists in Brazil detected a new genetic variant of coronavirus that has been circulating in Manaus since at least December and is likely fueling the second surge. Called P1, the variant has a set of about 20 mutations, including three mutations that are particularly concerning. These mutations could make the virus more infectious and could possibly decrease the efficacy of vaccines against the variant.

There’s growing evidence that new genetic variants of the coronavirus — specifically, the ones circulating in South Africa and around Manaus, Brazil — may be capable of evading the body’s immune system. Both variants have three of the same mutations in the region of the virus that binds to human cells and to some antibodies (specifically, K417N, E484K and N501Y). The mutations decrease some antibodies’ ability to recognize and neutralize the virus, a team of scientists reported Tuesday in a study on the South African variant. Specifically, the scientists looked at whether the variant from South Africa could be neutralized by blood plasma, which contains antibodies, taken from people who had been infected with older versions of the virus. In 21 of the 44 samples, the new variant was resistant to neutralization by the plasma serum.

And thus, mutations in these new variants could make it easier for some people to get COVID-19 a second time, says virologist Ravi Gupta at the University of Cambridge. “We know that you can get reinfected even with the same version of the virus,” he says. The mutations could put even more of a dent in the barrier of resistance.

No knows yet how common these types of reinfections will be, Gupta says. They could be rare. But reinfections could increase as time goes on — and a person’s immunity to the virus naturally wanes, he adds.

“The bottom line is that we don’t know yet what’s causing the surge in Manaus,” says virologist Jeremy Luban at the University of Massachusetts Medical School. “The scenarios that people are worried about are plausible, and they’re a cause for concern.”

But Dr. Lacerda from Manaus believes reinfections are indeed behind the second outbreak there, and he’s concerned reinfections will fuel deadly surges in other cities around Brazil if widespread vaccinations don’t occur quickly. Vaccinations will still work, he believes, but the efficacy could be decreased. And he thinks that if people had been vaccinated earlier the surge wouldn’t have been so bad.