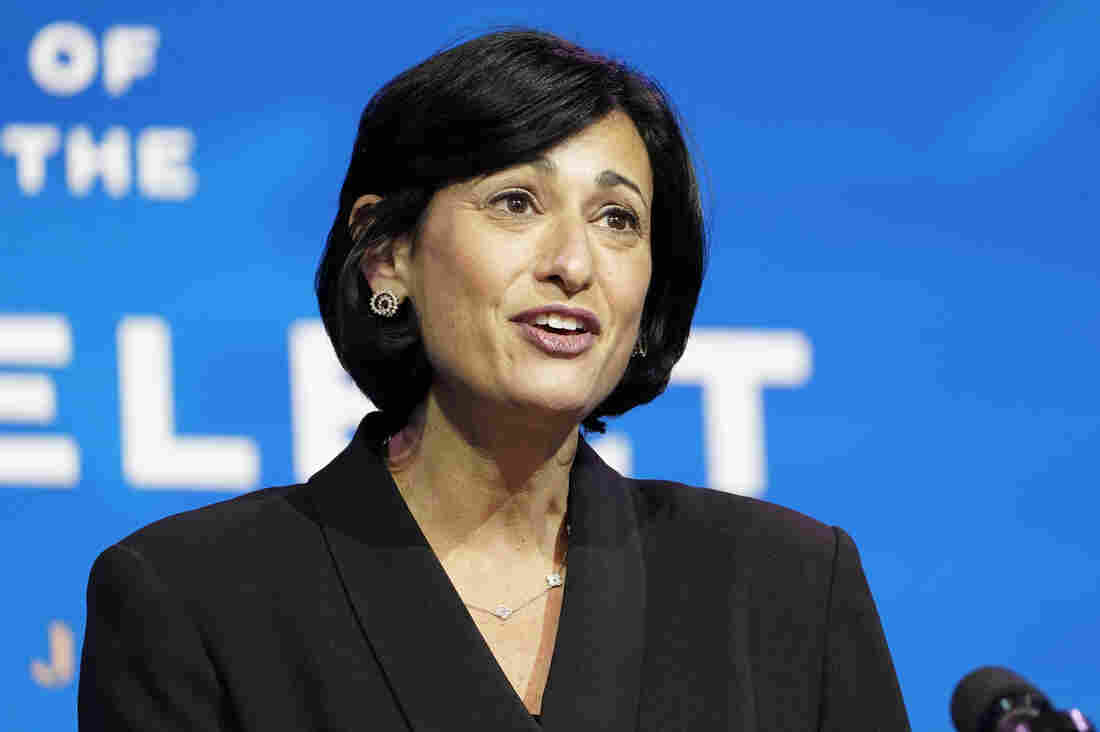 Dr. Rochelle Walensky likens the call she got from the Biden team, asking her to lead the CDC amid a pandemic, to a hospital alarm that goes off when a patient’s heart has stopped. “I got called during a code,” she says. “And when you get called during a code, your job is to be there to help.” 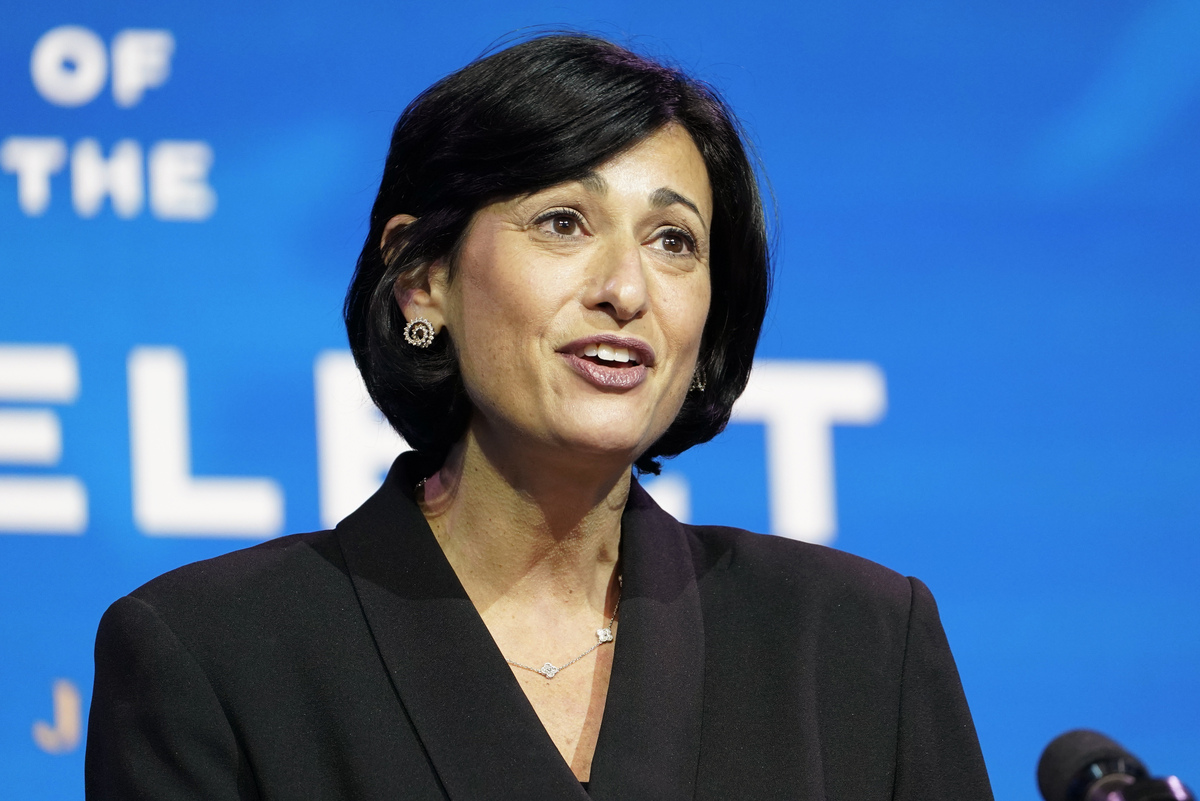 Dr. Rochelle Walensky likens the call she got from the Biden team, asking her to lead the CDC amid a pandemic, to a hospital alarm that goes off when a patient’s heart has stopped. “I got called during a code,” she says. “And when you get called during a code, your job is to be there to help.”

In early December, Dr. Katy Stephenson was watching TV with her family and scrolling through Twitter when she saw a tweet that made her shout.

Dr. Rochelle Walensky had just been tapped to lead the Centers for Disease Control and Prevention.

Stephenson is an infectious disease specialist and vaccine scientist at Beth Israel Deaconess Medical Center in Boston. So the news had special meaning for her and the many jubilant colleagues tweeting their joy. They’d all been helping each other through the brutal pandemic year, she says, but feeling like they got little to no help from the federal government.

“It was so baffling,” she says. “It wasn’t even just that we didn’t know what the government was doing. It was that sometimes it felt like sabotage. Like the federal government was actively trying to mess things up.”

But through it all, as the long months became a year, Walensky had been out front, Stephenson says, sticking to the science and telling the truth.

And from the moment Walensky stepped up to lead the CDC, she has promised to keep telling the truth. Even when it’s bad news.

Walensky told the medical journal JAMA last month that she’ll welcome straight talk from the scientists at the CDC as well.

“They have been diminished,” she said. “I think they’ve been muzzled — that science hasn’t been heard. This top tier agency, world-renowned, hasn’t really been appreciated over the last four years and really markedly over the last year so. I have to fix that.”

Now 51 years old, Walensky has long been a doctor on a mission — first, to fight AIDS around the world, and now, to shore up the CDC and get the United States through the pandemic. Beyond unmuzzling her agency’s staff, she vows to tackle many other challenges, pushing particularly hard on the vaccine rollout and rebuilding the public health system.

Walensky’s family has a tradition of service, including a grandfather who served in World War II and rose to be a brigadier general. And she likens the call she got from the Biden administration to a hospital alarm that goes off when a patient is in cardiac arrest.

At Massachusetts General Hospital, where Walensky was the chief of infectious diseases, some of her many admirers now have T-shirts that read “Answer the Code,” with her initials, RPW, beneath.

The shirts are part of an outpouring of affection in Boston biomedical circles and far beyond that greeted Walensky’s appointment — including a flood of floral bouquets that her husband and three sons helped answer the door to accept after word of her new job got out.

“At one point, one of my sons said, ‘You know, Dad, we should just open a florist shop at this point,” says Rochelle Walensky’s husband, Dr. Loren Walensky.

He studies and treats children’s blood cancers at Boston Children’s Hospital and the Dana Farber Cancer Institute. And now he could be called the “first gentleman” of the CDC.

He calls Rochelle his “Wonder Woman,” and still remembers when he first saw her 30 years ago, in the cafeteria of the Johns Hopkins School of Medicine, where they were both students.

“She stood out,” he says. “And one of the reasons why she stood out is because she stands tall. Rochelle is 6 feet tall.”

She also had extraordinary energy and discipline, even then, he remembers: “Most of us would roll out of bed and stumble into the lecture hall as our first activity of the day, and for Rochelle, she was already up and running and bright-eyed and bushy-tailed for hours before any of us ever saw the light of day.”

After medical school, Rochelle Walensky trained in a hospital medical unit so tough it was compared to the Marines. It was the mid-’90s, and the AIDS epidemic was still raging. She saw many people die. And then, a few years later, she saw the advent of HIV treatments that could save patients — if those patients could get access to testing and care.

Loren Walensky recalls coming home one day to find her sitting at the kitchen table working on extremely complex math. She was starting to broaden her focus from patient care to bigger-picture questions about the increased equity in health care that more funding and optimal treatment choices could bring.

“And it was like a switch went off,” he says, “and she just had this natural gift for this style of testing — whether if you did X, would Y happen, and if you did X with a little more money, then how would that affect Y? And all of these if-thens.”

She started doing more research, including studies of ways to get more patients tested and treated for AIDS, even in the poorest countries. One of her most prominent papers calculated that HIV drugs had given American patients at least 3 million more years of life. She worked with Dr. Ken Freedberg, a leading expert on how money is best spent in medicine.

So, if Walensky had a Wonder Woman superpower, it was using data to inform decisions and save lives. That analytic skill has come in handy over the last year, as she’s helped lead the pandemic response for her Boston hospital and for the state of Massachusetts.

She’s weighed in often — and publicly — about coronavirus policy and medicine, speaking to journalists with a natural candor that’s contrasted with the stiffer style of some federal officials. Back in April, when a huge surge of COVID-19 cases hit, she didn’t deny the pain.

“We are experiencing incredibly sad days,” she said in an interview in the spring. “But we sort of face every day with the hope and the vision that what we will be faced with, we can tackle.”

And in November, she offered a sobering reality check from the front lines about current COVID-19 medical treatments: “When I think about the armamentarium of true drugs that we have that benefit people with this disease, it’s pretty sparse,” she said.

Walensky kept publishing research on key pandemic topics, such as college testing and antibody treatments. And she weighed in often publicly — on Twitter, in newspapers, and on radio and TV. Asked on CNN whether the Biden plan to get 100 million Americans vaccinated in 100 days could restore a sense of normalcy, she responded with characteristic bluntness — a quality that could cause trouble in these polarized times.

Walensky is facing a historic challenge, and leading an agency where she’s never worked. Already, she’s fielded blowback for the new CDC guidance on when and how schools should reopen, and she’s openly worried about new, more transmissible variants spreading nationwide.

Still, Boston colleagues say they have no doubt she’ll succeed in making the transition from leading an infectious diseases division of 300 staffers to a public health agency of about 13,000.

Leading and rebuilding the CDC in the midst of a pandemic will be difficult, all agree. But Barks and others who know Walensky well say she’s clear-eyed and ready to dig in to meet the challenge; she’ll try a new approach if first attempts fall short.

Walensky brought a plaque from her desk in Boston to CDC headquarters in Atlanta. It reads: “Hard things are hard.”