Gallaher worked the night shift at Alabama’s Coosa Valley Medical Center — her preference, her son said, so she could mentor younger nurses. Known around the hospital as “Miss Betty,”she loved to be their sounding board, personal therapist and “work mom.”

She’d make sure everyone she worked with was fed every night. She cared for her patients the same way she cared for her family and her coworkers, who became family themselves. She was, according to her loved ones, everyone’s favorite nurse.

So when the Covid-19 pandemic began in March, Gallaher’s concerned coworkers asked her, for her safety, to stay home.

But sitting back wasn’t like her. She knew her colleagues and community needed her, so she continued to work until Covid-19 sidelined her in December.

Gallaher died from Covid-19 on January 10, one day before her 79th birthday, in the same hospital where she worked for much of her career.

“She didn’t do it to stand out,” said her son Carson Grier Jr. “She did it because this is who she was — this is her calling.”

She was a dedicated nurse and mentor

Gallaher was a nurse for most of her life. She believed it was her lifelong duty to care for her patients and mentor her younger colleagues, said Grier, a high school basketball coach and elementary school physical education instructor.

“This was her purpose and plan for her life,” Grier told CNN. “And she lived it daily.”

She spent 43 years at Coosa Valley Medical Center in Sylacauga, about an hour southeast of Birmingham. It’s where she met Chuck Terrell, then a radiology technician. The two were best friends for more than 30 years, and Gallaher even trained two of his sons as nurses at Coosa Valley.

“We’ve all worked with Betty now,” Terrell said. “I never could make her understand how much everybody loved her.”

One of the parts of the job she loved best was working with young nurses who were sometimes 50 years her junior, such as Coosa Valley ER nurse and supervisor Nikki Jo Hatten.

“Betty’s the type that worries about you as a nurse just as much as she worries about a patient,” Hatten told CNN. “She’s gonna stop you while you’re busy, just to make sure you’re OK.” 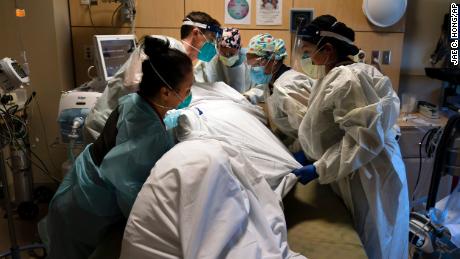 Gallaher knew everyone’s name in the ER, plus the names of their partners, children and pets, Hatten said. She’d show up with a bag of burgers to feed anyone who forgot to bring a meal for their 12-hour shift. She’d hold your hand and wrap you in a warm blanket if you needed it. She showed the same love to her colleagues as she did to her family and children.

“She was the cure for an anxiety attack,” Hatten said.

She worked in the ER until Covid-19 sidelined her

Miss Betty didn’t fear working on the front lines of a disaster. She worked as a supervisor at a hospital in New Orleans when Hurricane Katrina knocked out power and stranded many of her coworkers.

A few years after the 2005 hurricane, she told her son she was retiring. When he asked her what she’d do next, she said she’d go back to Coosa Valley, where Terrell had worked his way up to director of the emergency department, and return as an ER nurse.

“She wanted to get back to the everyday grind of the emergency room,” Grier said. “She did it ’til it was her last days.” 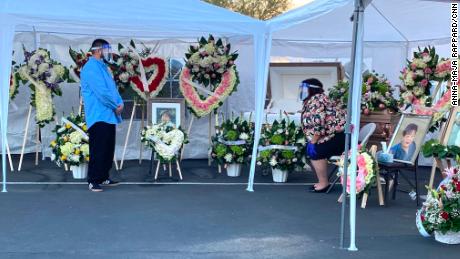 In March, her coworkers tried to persuade her to sit the pandemic out. Hatten said after a day or two of staying home, the 78-year-old arrived back at work to resume her night shift.

“She couldn’t stand it,” Hatten said. “She missed coming to work. It’s what she lived for.”

On December 19, Hatten noticed the typically indefatigable Miss Betty was short of breath during her rounds. Hatten suggested Gallaher get checked out after her shift ended, but Gallaher shrugged her symptoms off as exhaustion.

The next day, emergency responders brought Gallaher into the hospital, though she hadn’t called them, Hatten said — they’d checked on her out of worry. She tested positive for Covid-19, and she would stay at Coosa Valley until she died. 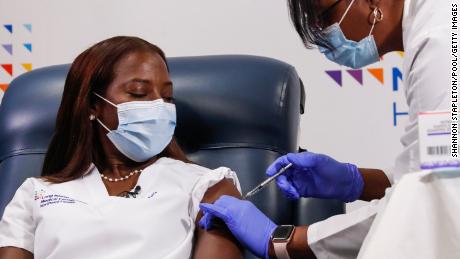 Even when she was confined to her hospital bed, Gallaher’s primary concern was her colleagues’ well-being. On New Year’s Eve, she called Terrell and requested that he buy pizza for the ER staff with her debit card as a thank-you. She refused a transfer to a Birmingham hospital suggested by her carers — Hatten said she joked that she wouldn’t have anyone to style her hair.

Hatten, Terrell and their coworkers tried to keep Gallaher comfortable and occupied. After she made her rounds throughout the hospital, Hatten would stop by Gallaher’s room in the intensive care unit and draw on her door in dry erase marker or don PPE to show Gallaher photos of her dog.

Miss Betty feared dying alone in the ICU, Hatten said. At the end of her life, her work family made sure she was surrounded by people who loved her.

“The day she did pass away, just about all our ER staff went and filled that room up,” Hatten said. “It was not the way we wanted to see her go, but I’m glad we got to be there.”

Hatten’s shift is quieter than usual without Miss Betty there. When the silence becomes too sad, Hatten and her coworkers will swap “Betty stories” or repeat the funny quips she’d make. It’s therapeutic, she said.

“She was the glue of our ER, or the ER matriarch,” she said. “It feels like we lost our mom.”

Gallaher’s legacy was well known in Sylacauga, but Hatten wanted to share Miss Betty with the world. So she made a TikTok dedicated to Gallaher, a compilation of short clips of the 78-year-old nurse palling around with her colleagues, beaming.

Her first TikTok about Miss Betty, posted less than one week ago, has been viewed hundreds of thousands of times.

“We didn’t want her to be forgotten,” Hatten said. “Everybody deserves a Betty in their hospital, and we wanted to share ours.”

Grier likes to remember his mother the way she appears in Hatten’s TikTok — smiling, playful, always a bag of food in hand. He believes if his mother had the chance to do her life over again, knowing how it would end, she’d do it the exact same way.

“There was only one way she knew how to live, and that was to help others,” he said. “I hope that I get to say that I lived my life the way I wanted to live it, like she did.”

Terrell was set to preach at Gallaher’s funeral before it was postponed; Grier tested positive for Covid-19 a few days before the service, though he’s now recovering. Giving the eulogy would’ve been both easy and impossible, Terrell said — easy because Gallaher secured her own legacy in the care she showed others, and impossible because he loved her so much and missed her terribly.

Before she died, Gallaher texted Terrell that she’d finally retire when she recovered from her illness. The pair liked to relax by painting acrylic figurines — cows were her favorite to paint.

Gallaher never got to retire, and Terrell never got to paint with her one last time. He knew she’d never slow down in life, so he likes to imagine her now, in bliss, painting cows while the people she’s touched carry on her legacy of kindness.