On March 1, 2020, when the 19-year-old was struck by a car in Staffordshire, central England, the United Kingdom had recorded just 23 cases of a concerning new virus. The vast majority of Covid-19 infections were still confined to China, and the United States had confirmed just one death.

Sporting events, bars and restaurants teemed with life. And in Flavill’s home country that day, newspaper front pages were leading not with the spreading disease, but on Prime Minister Boris Johnson’s announcement that he and his fiancée were expecting a child.

Weeks later, the world had ground to a halt. But everything that has happened since March 1 has passed Flavill by, even though he caught Covid-19 while unconscious.

Now, the teenager has begun to emerge from a 10-month coma — elating his family but confronting them with a new question: How do you explain a year like no other?

“When he comes out of this, life will not be as he knows it at all,” Flavill’s aunt, Kate Yarbo, told CNN. “How do you describe it?

“I think it’s going to be a shock. We’re all still processing it — I’m not sure you can ever actually describe how this pandemic feels.”

The family’s ordeal began just days before the rapid onslaught of cancellations, fatalities and lockdowns.

Flavill, a cricket and hockey fan, was preparing to visit Buckingham Palace in May to collect the Duke of Edinburgh youth achievement award. But a collision with a car left him with a traumatic brain injury to the back of his head, and he was rushed to a hospital in Leicester, central England. 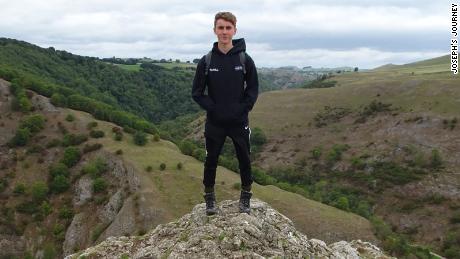 Three weeks later, Britain was in lockdown — meaning only his mother, Sharon Flavill, was permitted to visit him in hospital, at a distance, dressed head-to-toe in protective equipment. “Life was suspended, and then lockdown happened,” said Yarbo.

His mother is still waiting until it’s safe to touch her son, who is now recovering at a care home.

The pandemic has drastically affected Flavill’s hospital care, but it is unclear whether he has grasped his family’s explanations as to why.

“How scary is it to (have nurses) in PPE when you don’t understand what’s going on?” Yarbo asked.

“He’s only ever going to understand it through our ability to describe it, and through news stories. The horror,” she said. “So many people have said it’s like sitting watching a sci-fi film, isn’t it? You couldn’t write the pandemic as a film.”

“That’s what it’s going to be exactly like for Joseph … never having to go through the fear and emotion we all had, because when you’re looking at it afterwards, hopefully lots of the fear will be gone.”

‘You want to hold his hand’

The rest of the family spoke to Flavill virtually, trying all they could to stimulate his brain through video and audio, enlisting the help of relatives and friends through the Joseph’s Journey fundraising page.

“He’s been in such pain, he’s had seizures, it’s been a horrible traumatic journey for him,” Yarbo said. And then, in the past few days and weeks, a breakthrough came.

First, Flavill smiled when he was played audio recorded in a plane cockpit. Next came a Zoom call with his aunt. “I was joking with him that one day he’ll be able to talk, and reminiscing about our Cornwall holidays. I said, ‘will you promise me your first word is going to be pasty?'” Yarbo said, referring to the famous Cornish pastry. “And then he blinked.” 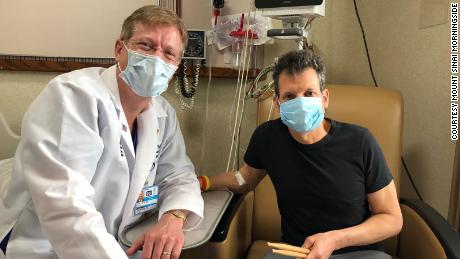 “Something just turned in my tummy. I said ‘did you blink on purpose?’ and he blinked twice. Then we knew he was communicating.”

Since then, his progress has been rapid.

“The last week has been incredible,” Yarbo said. “He can’t speak yet but clearly he’s starting to gain control of his limbs, and his sense of humor’s there, he’s starting to laugh at jokes.”

“We’re all really stunned, it’s amazing what the brain can do.”

Flavill caught Covid-19 while in a coma, which has prevented him from receiving a vaccine, but he will soon be eligible for a jab, his aunt says.

His family have also discussed how to talk to him about the news of the past 10 months, once he’s fully able to comprehend it.

“We’ll be led by the personal feelings: Did you know we weren’t there?” she said. “That’s a big thing for his mum to emotionally manage, watching him through a screen. You want to hold his hand, you want to be there all the time.”

Flavill will be one of very few adults in the Western world to learn of the pandemic secondhand. But he will also learn of the lengths to which his family and friends went in their quest to communicate with him again. 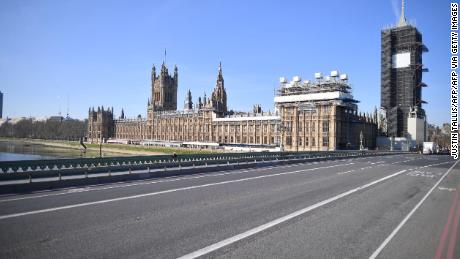 They have raised nearly £33,000 ($45,000) to help with the costs associated with his care once he leaves hospital, many of which are still unknown. “Nobody knows what the long-term impact will be, but we do know that the journey could be long and costly,” they wrote on their website.

His mother, Sharon, has received audio and video clips from well-wishers to play to her son, some of which may have contributed to his progress, his aunt says.

And the family say they have another aim — to raise awareness of the impact of traumatic brain injuries.

“The thing about Joe is that he was always such an energy force. He is the most determined person,” Yarbo said. “Who knows how far he’s going to go now.”