A hundred thousand Israelis who received their first COVID-19 vaccine shot have not returned for the second dose, according to a Saturday report.

Ministry officials quoted by Channel 12 news attributed the reluctance to get the second shot to two factors — wariness over side effects after the first dose and misinformation about the vaccines.

The network said health workers were among those who got a first dose but did not come back for the second, but at a lower percentage than the general population.

According to the latest Health Ministry figures, 5,128,212 Israelis have received at least one vaccine dose. The 100,000 people who reportedly have not gotten a second dose account for just under 2 percent of this group. 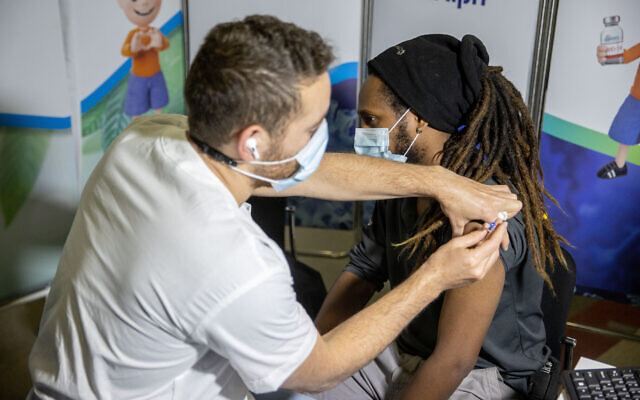 An Israeli man receives a COVID-19 vaccine at a Clalit vaccination center in Jerusalem on March 11, 2021. (Yonatan Sindel/Flash90)

Citing the vaccination rate and continued decline in morbidity, the Health Ministry announced Saturday it will allow more visitors at healthcare and welfare facilities.

A ministry statement said residents of these facilities — which include geriatric hospitals, rehabilitation centers and a hostel for Holocaust survivors — will now be permitted to host two additional visitors. The visitors must be vaccinated, under the age of 16, or have recovered from COVID-19.

Also Saturday, Hebrew media reports said that among the roughly 1,000 Israelis now hospitalized in coronavirus wards, under 10% have been fully vaccinated.

None of the patients currently hooked up to an ECMO machine, which treats severe cases, have been fully vaccinated, according to the reports, which were based on  Health Ministry figures.

The Health Ministry said on Saturday evening that 2,386 new coronavirus cases were confirmed on Friday, and 409 on Saturday, bringing the number of infections in Israel since the pandemic began to 817,680.

The death toll climbed to 5,988, with 12 fatalities recorded Friday. 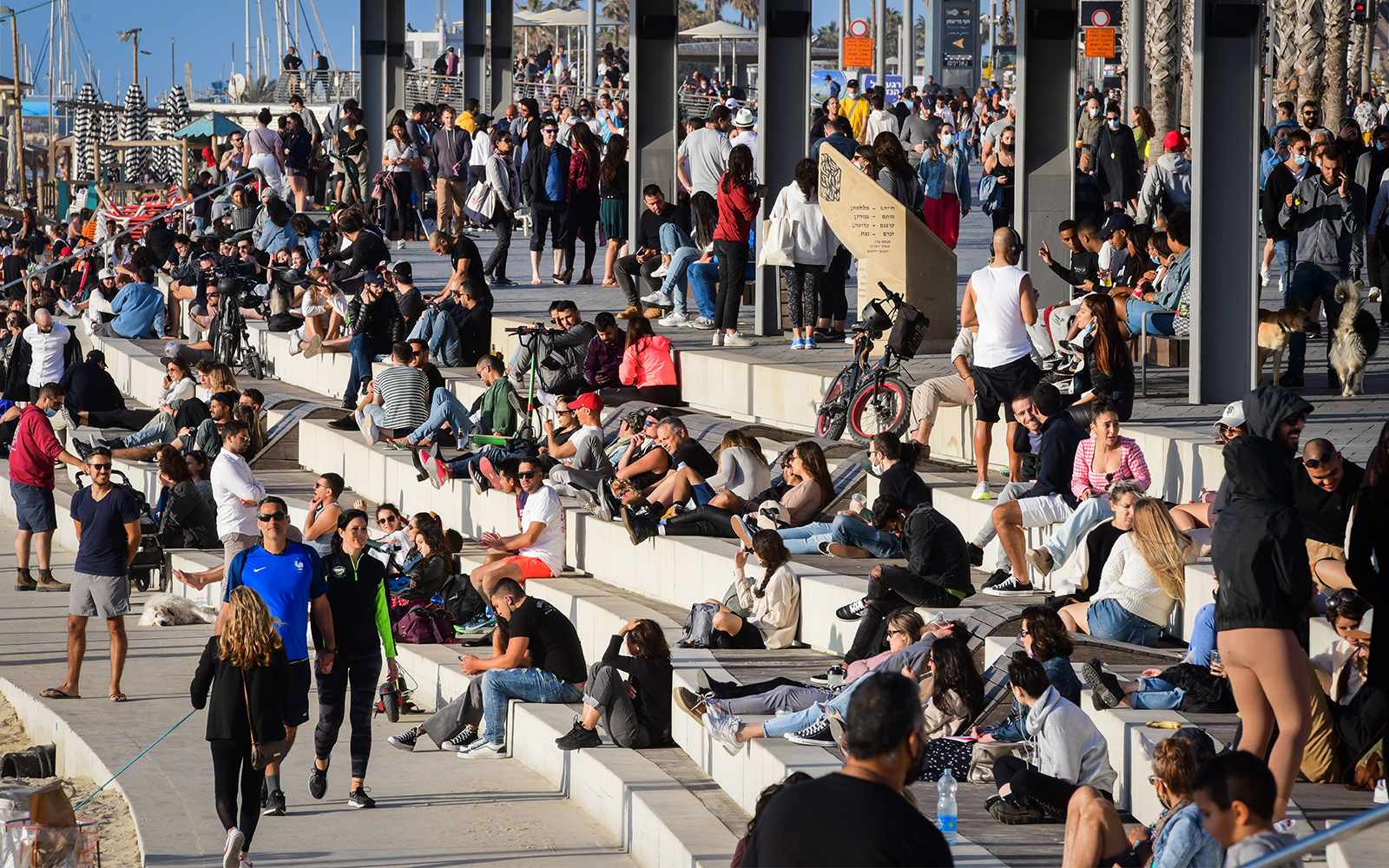 The number of active cases stood 35,593, with 626 people in serious condition, including 214 on ventilators.

Recent morbidity figures represent a dramatic improvement over the past two months, credited chiefly to the successful vaccination campaign. The success comes despite the more infectious virus variants proliferating and the gradual lifting of virus restrictions.

Health officials have expressed optimism that Israel is turning the corner on the pandemic, with officials quoted Thursday by Channel 13 news as saying the situation was “the most hopeful it’s been since the beginning of the pandemic” last year.

The officials said that if the positive trajectory continues, Israelis will be able to celebrate Passover without limitations at the end of March.

I’m proud to work at The Times of Israel

I’ll tell you the truth: Life here in Israel isn’t always easy. But it’s full of beauty and meaning.

I’m proud to work at The Times of Israel alongside colleagues who pour their hearts into their work day in, day out, to capture the complexity of this extraordinary place.

I believe our reporting sets an important tone of honesty and decency that’s essential to understand what’s really happening in Israel. It takes a lot of time, commitment and hard work from our team to get this right.

Your support, through membership in The Times of Israel Community, enables us to continue our work. Would you join our Community today?


Join the Times of Israel Community